MultiCam hydrographic film was developed to limit the visual and near-IR signature of an individual operating across a wide range of physical environments and seasons. MultiCam was the official camouflage pattern issued to the U.S. Army for all Afghanistan operations in 2010. This is official MultiCam hydro dipping film. It can be applied to ballistic helmets, firearms, outdoor products, and many other hardgoods.
SKU: WTP297 Category: Camouflage Hydro Dip Film Tags: Digital Camo Hydrographic Film, MultiCam

Only logged in customers who have purchased this product may leave a review. 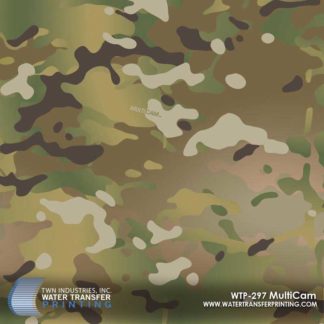